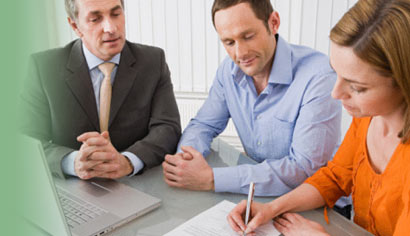 The signing from hell

The Signing from hell….

I have been a notary signing agent for many years now and for the most part I have enjoyed it tremendously. I love the freedom and independence that it affords me and I enjoy meeting wonderful new people from all walks of life. As with most jobs there are good and bad days. This is the tale of one of those bad days. Probably the worst day as a signing agent ever-for me that is.

Get ready for a hell of a story. Here we go.  I got a call late on a Friday afternoon from one of my title company schedulers (Fidelity National Title)  for a job on the following day, a Saturday. I gladly accepted. I received the confirmation and then proceeded to call the borrower to verify time and place. Saturday came and I made my way over to the borrower’s home. When I drove up to the borrowers home the first thing I noticed was the house was VERY run down, and I couldn’t help wondering to myself if the bank knew what they were doing in granting a loan for this property but who am I to judge.

Going up the stairs…

So I parked and then proceeded up the stairs to the house  and could see and feel that the whole house was crooked, like on slant. It was obvious It had once been a single family house that somebody who obviously didn’t have a contractors license had chopped it up and made some what I call make  shift apartments out of it. And you could actually see the termites crawling on various pieces of exposed wood.  But again it is not my place to judge. So I went to what looked like the only real front door (as there were several) and knocked. I heard what I thought was an animal with paws approaching the door.

The Signer and his long clicking toe nails!

But to my surprise  it was a young man. But not just an ordinary man but a  man with the longest toe nails I have every seen (that is what I heard coming to the door the clicking of his toe nails hitting the floor as he walked). He was also the filthiest person that I have seen as well who living in a house  and not on the streets. He was wearing dirty boxers and a dirty torn tee shirt.  Then to top it off there was a smell that I cannot to this day describe. While I stood motionless in disbelief and shock, I heard a sweet woman’s voice saying ‘is that her, is that the lady…tell her to come on up…please come on up’…and I cannot tell you why but I went into the door way and accened up a dark stairway and I heard what I assumed was the young man that opened the door who now was behind me start turning about 4-5 locks one by one and as they clicked and locked behind me and I became terrified..truthfully I thought I was going to see my maker that day but I kept on climbing the stairs and the further I ascended up the stairs the stench got worse.

I could hardly breath. There was absolutely no ventilation. The air was so thick I could have cut it with a knife. And I thought to myself I must have lost my mind. To this day I still cant explain why I didnt just turn around when the front door first opened and just leave. When I reached the the top of the stairs it was very dark and as my eyes started to adjust there was more horror. Dishes and trash pilled everywhere  and there were two extremely dirty mattresses one on the floor which the young man who had let me in proceeded to ly down on and cover himself up with a dirty blanket and the other which was sitting up on a mattress frame  was the lady who I presumed had called out to m. She was sitting on the edge of the mattress with two swollen legs that resembled tree trunks with clearly to me looked like flesh eating disease. There was an abundance of open sores and I’ll just leave it at that. She then says to me that they had just painted the floor and I was to sit in that area…I said excuse me….and she then pointed to a 10 foot corner that had a coach that clearly had been freshly painted…I thought to myself I must be in the twlight zone or on one of those candid camera tv shows….

I sat down and asked for the documents (they had been overnighted to the borrower; it was one of those WAMU deals, and I guess it it obvious now why they went out of business…lol) and the signers ID. She looked puzzled but asked the young man to get up and look for the requested items….he reluctantly got up and looked for a few minutes but to me it didnt seem that he was really looking or knew what he was looking  for. He was wandering around aimlessly and then told the lady that he could not find them. She accepted this and all I’ll say is that I was so grateful that the ID and and loan docs couldn’t  be found…I immediately got up let them know I had to go for I had another appointment and if the missing items came up  please call so we could re-schedule another appointment (yes, I lied) and then with the young man in front leading me out I proceedded to the stairway and headed down the steps.

Thankfully he had the  unlocked those locks and he  was opening the door when I reached the foot of the steps. I thanked him and bolted through the door gasping for air as I went. I really didnt realize how much I was  shaken up until I reached my car. I fumbled for the key, opened the drivers door, sat behind the drivers seat and began trembling. I could still smell that dreadful smell. Dear god, I had brought it with me. Before I could compose myself, in a state is horror, I once again heard those clicks of those toe nails and looked up to see the young man at my passenger side car door excitingly letting me know that he had found the loan doc’sI could hear him saying “Oh Miss, Oh miss I got what you need” and me being the quick thinker I am, I asked him had he found the ID as well. He  looking disappointed said oh no…and walked back to his house.  All I could do was just sit there and try to regain my composure. Soon after however I felt sick to my stomach and I opened the door leaned my head down towards the street concrete and everything that had been in my stomach come up….After about 15 minutes I started the car up and went home.  I opened my front door and stripped down and left it all outside. Clothes, briefcase and all. I took a long hot shower and washed the clothes I had been wearing. After this I immediately sat down and sent Fidelity a very long recap of all of these events and told them NOT to send a request that I go back…ever. When Monday came I got a an apology via email from Fidelity and that was the end of it. I never heard one thing about it ever again. Shortly after however, I did  receive my full fee of 150.00. Of this I was thankful.

I was polite through the whole ordeal!

In closing, there is one thing I want to add. Although I was very uncomfortable with the whole situation. The borrower and who I presumed was her son, never new for one minute that I had issues with any of what I  described here. I was cheerful, kind and professional throughout all of it.